Feel Like A Freak (A Historical Sideshow of Missing Links) 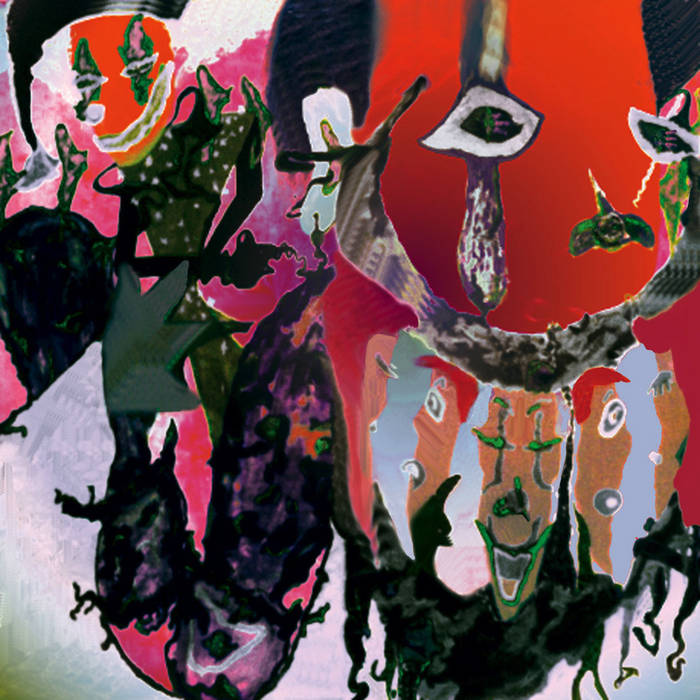 A companion piece to the 2001 best-of retrospective,"Use With Headphones Late At Night," this compilation features 10 previously unreleased recordings and mixes detailing the more expansive aspects of the distinctive neo-psychedelic space-rock of the Tadpoles.

1. Superwhip (Waterfront Version)
This version features the He Fell Into The Sky-era 5-piece Tadpoles, with Mike Audino on drums, Nick Kramer on feedback guitar, David Max on bass and Andrew Jackson on guitar. Recorded this in 1992 at Waterfront Studios in Hoboken and it was our first studio recording with that line-up. Went in, recorded it basically live in the studio...it was a maelstrom. Not sure if the engineers quite knew what to do with us then. The song initially appeared on our 1992 demo cassette, also called "Superwhip." Remixed this song in 1998 with Pete Drivere at Ampreon Recorder in Youngstown, Ohio and that is the mix that appears here.

2. Snow Down (Bug Out Mix)
This is a slightly different alternate mix than the one that was chosen for our 1998 album, Smoke Ghost. Mixed by Kramer at Noise New Jersey.

3. Sense (Green Mix)
Another alternate mix than the one that was chosen for our 1998 album, Smoke Ghost. Mixed by Kramer at Noise New Jersey.

4. Clea (Omni-Mix)
In the 90's it was clever to place "hidden" tracks at the end of your CD. Creating this effect required silent space to be somewhere on the album. So, this turned Clea, the last track on 1996's Far Out, from a 5 minute song into an 8 minute recording. Now that we're all downloading music song by song, Clea has had to carry around this extra baggage in the digital world. That has been rectified here with this remaster which takes out the silence and gives Clea a fresh shine.

5. Butterfly (Red-Spotted Purple Mix)
Originally on He Fell Into The sky, this is one of my favorite Tadpoles tracks - we always had a lot of fun happily overindulging on wah-wah pedals. Added some fresh vocal tracks in 2011 to update Butterfly to sound like it did when we played it live.

6. Feel Like A Freak (Buzz Bin Mix)
Added a bit of 2011 freaky ear candy for this version of this Far Out track.

7. Lyman Bostock (Harvest Mix)
The entire Whirlaway album was originally mixed by Gene Holder of the famed 1980's jangle/power pop group, The dB's. We only ended up using two of Gene's mixes for the Whirlaway album as we later remixed it with Pete Drivere at Ampreon Recorder in Youngstown, Ohio where it was originally recorded. This was one of the unused Gene Holder mixes that highlights Nick Kramer's vocal and heavy rhythm guitar.

9. Horse And Buggy (Live at the Knitting Factory, NYC 1998)
The version of the ultimate song that appears on the 1999 album, Whirlaway, was Take 2 and we spent time adding lots of studio magic to it prior to release. This version, Take 1, was recorded live on the Knitting Factory main stage to an audience of no one, but Kramer (and some Knit staffers), who was in a lower level control room wired up to the stage and talking to us through the headphones. We couldn't see him - We could just hear his disembodied voice giving instructions. This was all just one take, live, no edits...just a Tadpoles' space-jam on one of our favorite tracks.

10. Snapper (Mindspace)
A bonus track featuring my backwards guitars from the Snapper recording in a new landscape to end the album.