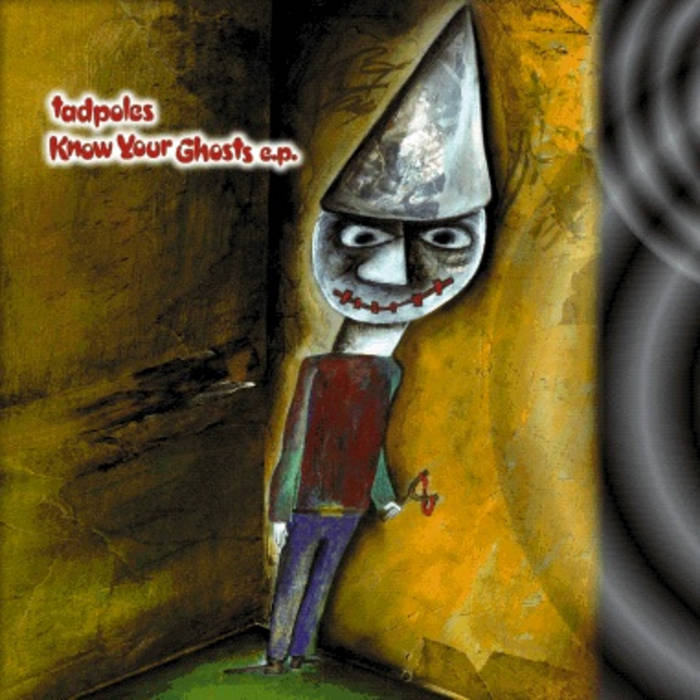 Know Your Ghosts E.P. (1997) is a 4-song E.P. released on CD by Tadpoles. Upon original release, Bakery Records included a VHS copy of Tadpoles' music video for the song "Snapper" with all mail-orders. The video version of the song "Snapper" was included on the E.P. and was recorded in 1991 by Todd Parker and drummer, Michael Kite Audino. "Judas, This Is Jesus" is a remake of the Tadpoles' track originally released on the 1989 cassette-only album, Beautiful Music For Ugly Children and was recorded and produced by Mark Kramer (Shimmy Disc) at Noise New Jersey studio. "Know Your Ghosts" is the same recording that appears on the Smoke Ghost album. Tadpoles covered the Tony Mentzer song "Oops, I Lost Your MInd" previously on 1990's cassette-only album William's Doll (album). Tadpoles remade the tune again here with Tony Mentzer himself on lead vocals and The Waitresses' Chris Butler guest-drumming.

“Instead of giving into mere aural saturation and rhythm there is enough of a weird melody to each track to make the EP as listenable as Syd Barret-era Pink Floyd” –OUTSIGHT (www.rocklove.com, 1997)
“This Kramer produced EP sounds inspired by Mercury Rev. Not exactly new, but not bad at all, in a retro 90s manner” –INK 19 (March 19, 1998)
“There are all sorts of subtle goodies at work here, fusing airtight musicianship into a mind-blast that never takes itself too seriously...something for every psychedelic need.” –EYE (#13, 1998)
“They give you a taste of their unique brand of fuzzy psychedelia.” –FACTSHEET 5 (#53, 1998)
Various - Know Your Ghosts EP Review Highlights (1997)

Know Your Ghosts E.P. is a compilation of recordings made between 1991 and 1997. Album artwork and design was created by Ann Manca. The cover painting is by Tadpoles' drummer, Adam Boyette. Mastered by Todd Parker at dbs digital in Hoboken, NJ.