Float Away (Live At CBGB's) 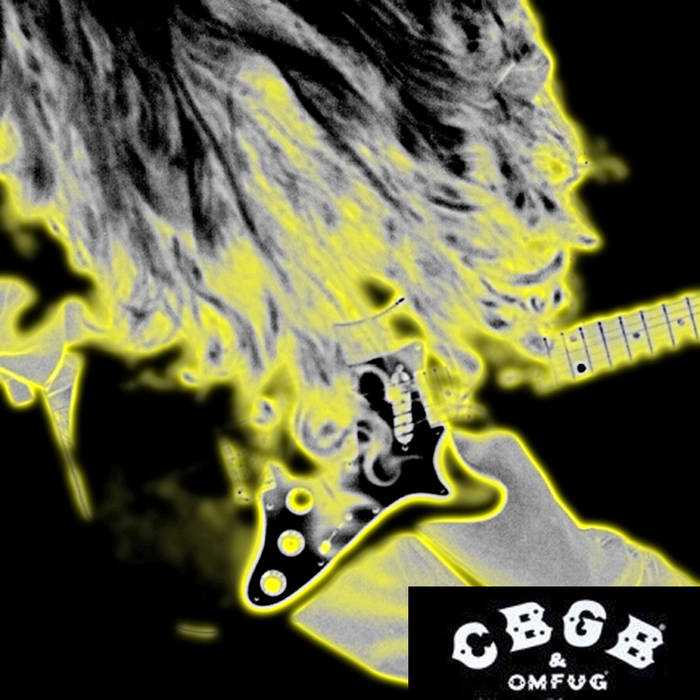 To commemorate the 20th anniversary of the 1994 Bakery Records release of Tadpoles' first CD "He Fell Into The Sky", we're releasing "Float Away (Live At CBGB's) exclusively here on Bandcamp only in digital download format.

"Float Away" features the 5-member version of Tadpoles that recorded the "He Fell Into The Sky" album.

Songs 1-7 were recorded and mixed live direct from CBGB's soundboard to CBGB's cassette master recording system. No overdubs were added to the recording. The show, on Friday, August 13th, 1993, was the final performance of this 5-member version of Tadpoles as drummer Michael Kite Audino and guitarist Andrew Jackson Shapiro departed the group shortly thereafter.

Songs 8-10 were recorded live in rehearsal to cassette 4-track at B&L Studio, Manhattan, NY on April 22, 1993 in preparation for the studio recording sessions for Tadpoles - He Fell Into The Sky album.

Recorded with rehearsal room overhead mics and the vocals through the board. The limitations of the recording system are evident throughout as there are level fluctuations and distortions. Tadpoles often covered Spacemen 3's "Losing Touch With My Mind" throughout the 90's, but of note is the version of Butthole Surfer's "Hey" which marks guitarist/vocalist, Nick Kramer's lead vocal debut with the band.

The He Fell Into The Sky album was recorded in a 2-day marathon session at Kramer's Noise New Jersey studio in April 1993. Essentially, the band played the songs live in the studio and only overdubbed vocals and a few additional guitar enhancements. It was then mixed the following day after a few hours of sleep on Kramer's studio floor.


FROM mratavist.com/2014/04/18/tadpolesfloat-away/ - APRIL 2014
It’s no secret of the big love here for Tadpoles, or the debt owed to them for this ‘confluence of many rivers’ and a wealth of astounding waves. It’s been 20 years since Bakery Records released their first CD He Fell Into the Sky, and head ‘pole Todd Parker has seen fit to mark the occasion with a special release of Tadpoles live at CBGB’s, and then some. Float Away, featuring the final performance of the 5-member line-up that recorded He Fell Into the Sky, was taken from a performance in August of ’93. Cuts 8-10 are were recorded live at a rehearsal in Manhattan as Tadpoles were getting ready to record He Fell Into the Sky with legendary producer/musician Kramer. Float Away also features their take on Spacemen 3′s Losing Touch With My Mind, a live staple for ’poles in the ’90s,and Butthole Surfers’ Hey ‘which marks guitarist/vocalist, Nick Kramer’s lead vocal debut with the band.’ Other than Destroy Terrastock, live offerings from Tadpoles are scant, making this much more than a milepost marker or a snapshot. Float Away is a generously bare, raw, and intimate offering for marking the anniversary, above and beyond being another live document or simply a curio


All songs written by ©Tadpoles, BMI except: